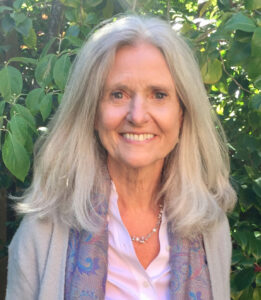 Award-winning journalist, public speaker, and bestselling author KATY BUTLER has written two groundbreaking books about the end of life and is a thought leader in the national movement for medical reform. Her first book, Knocking on Heaven’s Door: the Path to a Better Way of Death, a national bestseller, was named one of the 100 Most Notable Books of 2013 by the New York Times. To order, click here.

Her new book, The Art of Dying Well: a Practical Guide to a Good End of Life, will be released by Scribner on February 19, 2019. For Katy’s book tour dates, click here. To pre-order, click here.

A popular speaker on doctor-patient communication and the choices families face near the end of life, Katy has given keynotes and Grand Rounds at Harvard Medical School, Kaiser Permanente,UCSF, and elsewhere. To book Katy as a speaker, click here.

Born in South Africa and raised in Oxford, England, Katy came to America as a girl, earned a BA from Wesleyan University, and was a staff reporter for The San Francisco Chronicle. A Buddhist, she was lay-ordained by the Vietnamese monk and peace activist Thich Nhat Hanh. She lives in northern California.

In her years as a journalist, she interviewed Jeff Bridges, Richard Nixon and Mickey Hart, lived on the streets as a homeless person, wrote tickets as a Meter Maid, and reported on the AIDS Quilt, Gyuto monks, and the neuroscience of teenage drinking. Her writing has appeared in The New Yorker; Mother Jones; Scientific American, Atlantic,, Tricycle, Psychotherapy Networker; Best American Essays, and Best American Science Writing.

Her groundbreaking 2010 New York Times Magazine article about her family’s difficult end-of-life experiences (“What Broke My Father’s Heart”) hit a nerve and went viral. It remained on the Times’s “most emailed” lists for over a month, was named a Notable Narrative by Harvard’s Nieman Foundation, and won the Science in Society prize from the National Association of Science Writers. It was the basis of her first book, Knocking on Heaven’s Door.

Her interests include Slow Medicine, aging parents, bioethics, parental caregiving, spirituality, dementia, family caregiving, Alzheimer’s Disease, end of life decisions, compassionate care, comfort care, palliative care, hospice, meditation, Zen practice, Buddhism, and how people transform themselves and their lives, especially at the boundary of the psychological and the spiritual. She has taught writing at Esalen Institute in Big Sur and at Tassajara Zen Mountain Center. Find out more about Katy’s workshops and classes. 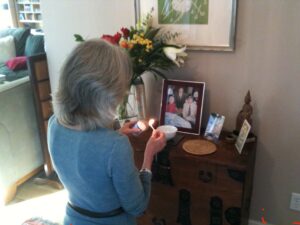